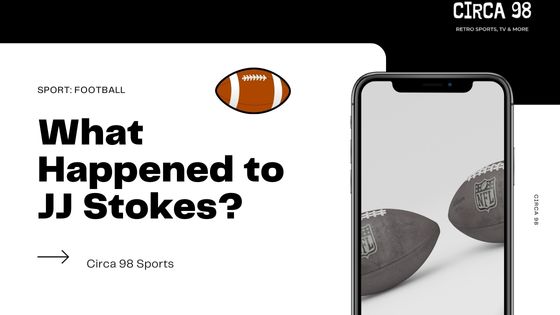 This post will tell you what happened to JJ Stokes in 1998.

In 1998, JJ Stokes started 11 of the 49ers’ 16 games and played in all of them. It will go down in history as Stokes’ best season. He caught 63 passes for 770 yards and 8 touchdowns. The Niners won 12 games that season and defeated the Green Bay Packers in the NFC Wild Card round.

Unfortunately, they lost in the NFC Divisional round the following week against Atlanta, ending their Super Bowl bid.

Why Didn’t Stokes Start Every Game?

The 49ers had 2 all-time receivers on the team, Jerry Rice and Terell Owens. However, Stokes still started 11 of the 16 games and was in the prime of his career, while Rice was past his prime, and Ownes was not yet in his.

Despite not being at their respective peaks, Rice and Owens were still highly productive and talented receivers, making Stokes’ presence in the starting lineup all the more impressive.

What Happened to Stokes after 98?

Stokes remained with the 49ers through the 2002 season but never again matched his statistical production in 1998. He did go on to start all 16 games in 2001, at which point Rice had moved on to the Oakland Raiders, and Owens had established himself as one of the game’s top 2 receivers (with Randy Moss).

Stokes played one more season after leaving San Francisco, in which he played for the Jacksonville Jaguars and New England Patriots. He won a Super Bowl Championship with New England, despite only playing in 2 regular-season games.

Did Stokes Really Get a Super Bowl Ring?

The Patriots announced they had signed Stokes on November 18, 2003. He played in 2 games and was then released on December 9. However, according to this press release, the team re-signed him for the playoffs on January 17, 2004.

Although Stokes was listed as inactive in the Super Bowl, he was still on the 53-man roster and, therefore, eligible to receive a championship ring.