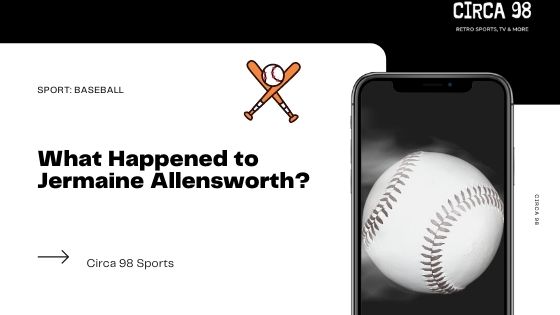 Jermaine Allensworth split time between Pittsburgh, Kansas City, and the New York Mets in 1998. The primary Center Fielder batted .272 with 5 HRs, 31 RBIs, and 15 SBs while playing all three outfield positions. Once considered a top prospect, the former first-round draft pick would only play one additional season in Major League Baseball. Earlier in his career, Tracy Morgan portrayed him on an episode of Saturday Night Live.

Allensworth started the ’98 season with Pittsburgh, who traded him to Kansas City for minor league pitcher Manuel Bernal. Then, two months later, Kansas City dealt Jermaine to the New York Mets for a player to be named later. It was a stark decline for a player once highly regarded. Allensworth finished the season in New York, where the Mets finished 2nd in the NL East at 88-74, falling short of the postseason but emerging as an up-and-coming organization.

What Happened to Jermaine Allensworth After 1998?

Allensworth returned to the Mets organization in 1999, where he split time between the MLB club and their AAA affiliate. The 27-year-old hit .219 with 3 HRs and 9 RBIs over a 40 game span in the big leagues. Although the Mets finished 97-66 and made the postseason as a Wild Card, Allensworth was not part of the postseason roster. The Mets lost to Atlanta in the NLCS and traded Allensworth to Boston for Jun Nunnaly shortly after.

After the trade, Allensworth never played a game for the Red Sox or any of their minor league affiliates. Boston released the former top prospect on March 16, 2000, effectively ending his MLB career.

In January 2001, Allensworth returned to baseball by signing a minor league deal with the Detroit Tigers. He spent the season with their AAA affiliate batting .272 with 10 HRs, 52 RBIs, and 13 SBs.

Jermaine initially signed with the Reds organization, but they released him in April before the season started. Allensworth latched on with the Atlanta Braves on a minor league deal and played 77 games for their AA affiliate. The CF hit .281 with 1 HR, 36 RBIs, and 8 SBs in what would be his final season playing affiliated baseball.

After spending 2003 out of baseball entirely, Allensworth entered the independent baseball circuit in 2004 with the Joliet JackHammers. Jermaine continued his independent career through 2008, playing for the Gary RailCats and Schaumburg Flyers in addition to Joliet. Overall, Allensworth hit .297 with a .777 OPS over five independent league seasons.

What Teams Did Jermaine Allensworth Play For?

Allensworth played for the Pittsburgh Pirates, Kansas City Royals, and New York Mets. He also spent time with the Detroit Tigers and Atlanta Braves organizations, though he never played for either MLB club.

What Positions Did Jermaine Allensworth Play?

Where is Jermaine Allensworth Now? (2021)

Purdue University, where Jermaine played for three seasons before going pro, inducted Allensworth into its Intercollegiate Athletic Hall of Fame in 2018. His cousin Terry Johnson accepted an assistant coaching position with Purdue’s basketball program in 2021.