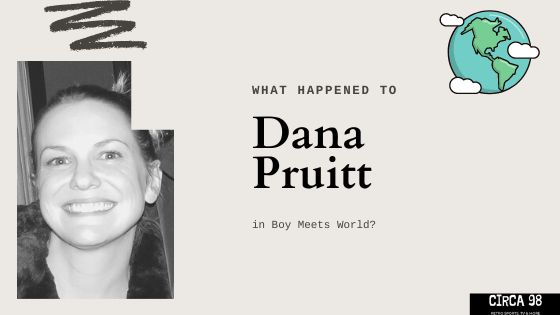 Dana Pruitt briefly dates Shawn Hunter in Season 3 of Boy Meets World. Besides Angela Moore, Dana is widely regarded as Shawn’s second-best relationship throughout the Boy Meets World series. Although Dana disappears from the series during Season 3, she returns for one episode, First Girlfriends Club, during Season 5.

Who is Dana Pruitt?

Dana is Shawn Hunter’s classmate and primary love interest during Season 3 of Boy Meets World. Dana dates Shawn for two episodes before disappearing from the series until her Season 5 return. Fans of the series regard Dana as one of the best Boy Meets World characters in Season 3.

Dana Pruitt’s Mom, Susan Maguire, appears during the Season 3 episode, Stormy Weather, and briefly dates Jonathon Turner. However, after deciding their relationship is too awkward for Shawn and Dana, Susan and Jon reluctantly break up. Later in the same episode, Mr. Turner is seen at Chubbie’s, hitting on Susan’s sister and Dana’s aunt.

Why Does Dana Dump Shawn Hunter?

Dana dumps Shawn Hunter after their first date because he shows disinterest in a serious relationship. For example, Shawn dismisses the idea of an outdoor picnic or helping Dana with her volunteer work at the blood drive. Instead, Shawn is focused entirely on making out with her.

Why Does Shawn Hunter Fall for Dana?

Dana Pruit possesses some of Angela Moore’s qualities, who Shawn eventually sees as his soulmate. For example, Dana is sensitive and caring, which are qualities that attract Shawn but also scare him. After Dana refuses a second date, Shawn works hard to persuade her to reconsider. Eventually, Shawn succeeds in getting another date.

At the end of Season 3, Episode 15: The Heart is a Lonely Hunter, Shawn sets up a picnic in below-freezing weather to impress Dana. However, when she urges him to come inside, Shawn responds, “see, no, I wanna be out here with you; I want a second date.”

Is Shawn Hunter in Love With Dana Pruitt?

Shawn possesses strong feelings for Dana but falls short of calling it, love. Since Dana disappears after two episodes, it’s a reach to say the couple was in love. However, when Dana returns in Season 5, she alludes to Shawn’s inability to commit to a relationship.

Why Does Dana Pruitt Return in Season 5?

Dana returns to Boy Meets World in Season 5, Episode 15: First Girlfriend’s Club as part of a group of Shawn’s former girlfriends attempting to warn Angela about his inability to commit. During the episode, Dana references Season 3’s outdoor picnic in one of the few accurate continuity references by the Boy Meets World writing staff.

Where is Dana Pruitt During Season 4 of Boy Meets World?

Dana disappears from the on-screen series during Season 4, though her character presumably remains at John Adams High School based on her Season 5 dialogue. Dana implies that she continued to date Shawn and that he agreed to see her on Valentine’s Day of their senior year.