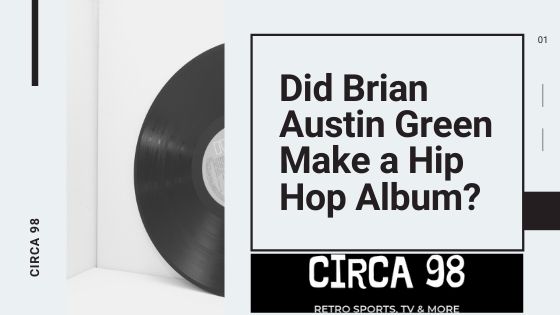 Why Did Brian Austin Green Make a Hip-Hop Album?

Brian Austin Green performed music from an early age and came from a musical family. His father was a Jazz musician, and Brian grew up listening to hip hop artists, including NWA, Ras Kass, and The Pharcyde. You can see him rapping alongside Robin Thicke in an episode of Growing Pains, and he also performed music as David Silver in Beverly Hills 90210.

Brian Austin Green made alternative hip hop which refrained from any violence or violent references. The album’s inspiration came from West Coast acts like The Pharcyde, Souls of Mischief, and Ahmed, who similarly approached lyrics with non-violence. Pharcyde member Tre Hardson’s direct involvement with production and writing further shaped its genre.

Did Brian Austin Green Perform His Album on 90210?

You can see Brian Austin Green perform a song from the One Stop Carnival album on Season 5 episode Squash it which guest-starred two of the album’s primary guests; Kamau Holloway and Tre Hardson. The song they performed at the Peach Pit After Dark is called 1-2-Threez, although the lyrics were different than on the album. Unfortunately, the Hulu version of the episode cuts out the music since they don’t own the rights.

The album featured one music video for the single You Send Me. You can view the video on YouTube, and it’s also shown briefly in the Hulu documentary Kid 90.